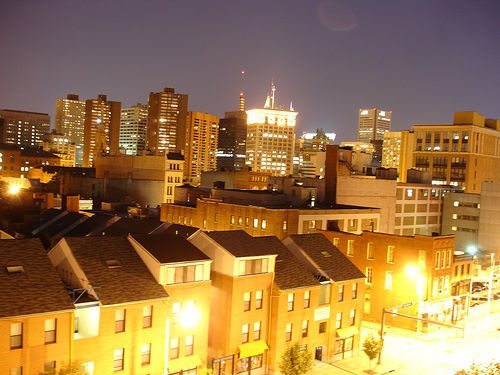 Now that the 2011 editions of Music Management for the Rest of Us and More Gigs Now are off to the printer, I’ve started working on the revisions for Host Your Own Concerts. And it seems like some neighborhoods could use house concerts more than others.

According to the Baltimore Sun’s Sam Sessa, a set of “byzantine” licensing rules in that city makes it nearly impossible for restaurants and coffee shops to offer “one-off” acoustic concerts, or events of any kind involving live music.

The owner of the Dangerously Delicious Pie Store attempted to add a few live shows to the menu, but noise complaints by a single neighbor threatened to pull the plug on his entire business. If you’re a Baltimore business owner intent on using musicians to help boost foot traffic, you have no choice but to pursue the same live entertainment license as a full-blown venue. Politicians there, especially the ones looking in envy at coverage of Austin’s hyper-saturated live music and tourist scene, would love to cultivate that kind of revenue. But the NIMBY culture of residents who prefer the sounds of their own living rooms have already blocked progress on an overhaul measure.

As I wrote in the first edition of Host Your Own Concerts, it’s tough to envision that not everyone shares our love for live music. Just like my own neighbors in Center City Philadelphia have launched a quixotic war against reggae music, some folks in Baltimore can’t abide guitar with their ganache.