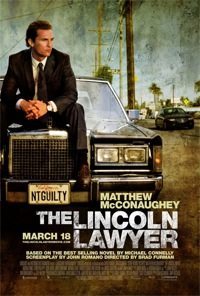 Hollywood’s going nuts this weekend, because of a deal between Lionsgate, Groupon, and Fandango, to pack theatre seats for the premiere weekend of Matthew McConaughey’s new movie, “The Lincoln Lawyer.” Here’s how the deal works.

If you’ve read Grow Your Band’s Audience, this strategy sounds familiar, right? It’s about making an investment or sacrificing some revenue today so you can build the social proof you need to guarantee future bookings. Here’s the impact of this deal, as reported by Deadline’s Nikki Finke:

What can you take away from this experience, when building your music career?

Getting people into your live shows is the most important thing you can do to advance your music career in the 21st century. It’s what will set you apart from other musicians, and it’s what will generate the most money for you in the shortest amount of time. Learn how the most successful acts in your town do it, and you might find some strategies that look like what Lionsgate has done (and what we cover in GYBA.)