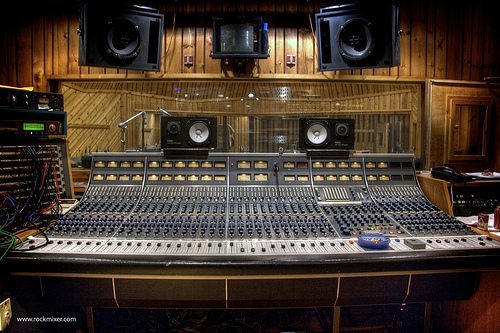 When I ran Handwritten Records in the 90s with my friend Kristen, indie labels still had a clear role in the music business. I was a production geek with access to a studio and a mass CD duplication machine, and Kristen handled the A&R. It was pretty clear, back then, how we could add value to the artists we signed.

The other day, a colleague asked if I’d ever consider getting back into the label business. Remove the fact that I’m busy with about eight other projects, and I still struggled to come up with a clear way to express the kind of value I could add if I launched an indie label in 2012.

However, after rolling the idea around overnight, I settled on a few reasons why a tightly-run, artist-focused music label could still succeed in the 2010s. After all, I’d never counsel an artist to sell their master recordings (still a standard industry practice), which was the reason why we dismantled Handwritten. (At the time, securing those copyrights was the only way to keep a small label viable. We didn’t have the heart to go through with the deals on the table.)

1. Relieve artists of “promotion and distribution” duties. It doesn’t sound like much work to manage a CD Baby account, but all the fringe “stuff” involved in actually selling albums and MP3s can eat away at an artist’s creativity. A successful indie label handles all the e-commerce and wholesale fulfillment issues on an artist’s behalf, in a way that amplifies fan service.

2. Cultivate in-house production and session talent. Hearing John Oates talk about all the cross-pollination of Philly artists making cameos on each others’ records in the 60s and 70s reminded me that a handful of great labels still do this really well. Signing to an indie label today should feel like gaining admission to a society of peers, ready to help each other succeed. (See: Mumford & Sons.)

3. Curate a stream of “modal” releases. Saddle Creek probably does this better than any label right now, just as 4AD and Mammoth did in the 80s and 90s. A curator-driven label can create a meta-fanbase that carries support across multiple acts. Atlantic had this mojo in the 50s and 60s. Wouldn’t it be exciting if they found a way to get it back?

So if I actually lost my mind and launched a record label in the near future, I’d make sure it hit all three of those points. What else do you think would define the successful labels o tomorrow? Tell me in the comments.