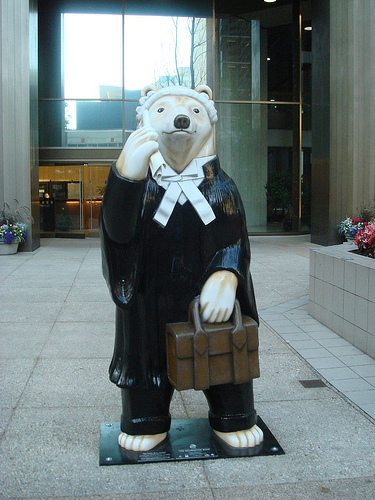 It doesn’t take long for partners to become enemies when a record “pops” and royalty checks start rolling in. Rebecca Black’s bizarre path to the Billboard charts has generated buzz about what she’s going to do with tens of thousands of dollars in royalties from YouTube views and iTunes ringtone sales.

Except, according to news reports, she probably won’t see a dime. The company her parents paid to produce the “Friday” video is what’s known as a “vanity” record label. For a signing fee, which Rolling Stone reported as $4,000, you get access to songwriters, video producers, and enough extra help to hopefully get the attention of a major label.

Like any record deal, a “vanity” deal puts the label’s resources at risk in the hopes of a big payout down the road. Except the label mitigates their own risk by asking you to pay thousands of dollars up front.

Without debating the merits of vanity record labels (let’s do that in the comments), we can learn a few specific lessons from Rebecca Black’s experience:

1. Only songwriters get “statutory” royalties in the United States. Despite the best efforts of performers’ advocacy groups, there is still no consistent guaranteed payout for musicians who don’t share songwriting credits. Play on a track, and you get the cash offered by the producer. (Hopefully in cash, and preferably at the end of the recording session.) 4/11 UPDATE: Music attorney Valerie Lovely reminded me on Twitter that, via SoundExchange, performers can receive some limited royalties for online streaming. However, those royalties are limited to “non-interactive streaming services” like SiriusXM live feeds.

2. Signing a vanity label deal doesn’t make your project a “work for hire.” Unless you’re signing a very specific “pressing and distribution” deal, you sign away the rights to your recordings and videos when you sign a record deal. If you hire a video production company to make a video, you own that video and you keep any revenue it generates. But, even if you pay a label/management company a fee for the same services, they end up owning the work product and they will pocket any profits.

3. Anything your contract doesn’t specifically prohibit is fair game. News reports indicate that Rebecca Black’s never authorized “Friday” as a novelty ringtone. Yet, that’s where the bulk of the song’s revenue will come from. Unless their music contract specifically gives them the right to decline such placement, it’s going to be hard to prove their label doesn’t inherently have the right to exploit the recording in any way possible.

4. Don’t shortchange the short-term. Signing a record deal means trading off short-term revenue for long term success with a supportive audience. The typical lifespan of a band in the U.S. is seven years, and most record deals last for either five years or seven records. That often means praying that you’re going to make more money at the tail end of your act’s most active phase.