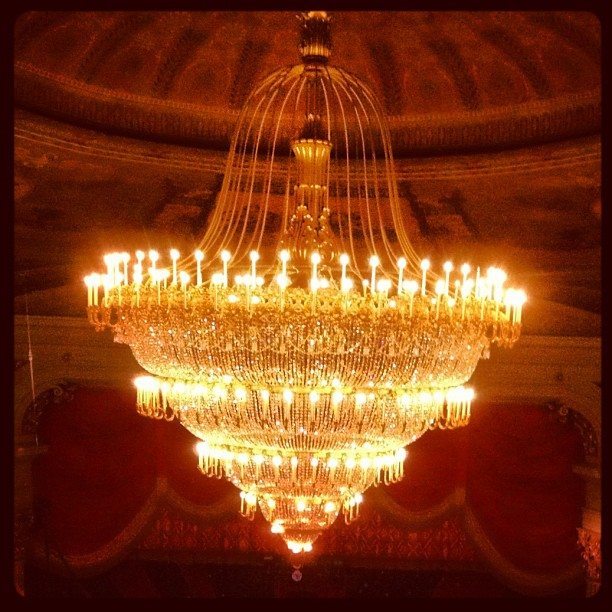 Here in Philadelphia, a core collection of 160 “arts and cultural groups” has issued an urgent plea for $1.4 billion in philanthropic funding. This, only five years after a report noted the challenges of making significant social impact when creative professionals struggle to break even. “Donor fatigue,” as reporters and consultants suggest, could wipe out dozens of organizations who don’t have deep-pocketed backers with a passion for their shared missions.

Where the hell do they think they’re going to get it from?

For decades, live performance groups closed their budget gaps by selling season-long subscriptions. It didn’t always matter what was on the slate: you went to the opera because other people in your social circles went to the opera. If you wanted to get close to the people you wanted to do business with, you’d get good seats at the symphony. And the folks who really wanted to see that play, that concerto, or that dance recital would find a way to get cheap seats around the edges.

TV, the Internet, and the rise of huge professional sports teams all cut into “culture’s” cut of our expense accounts. The two most recent generations of Americans don’t have the patience to sit through a play or a jazz concert they won’t enjoy just to impress a client. Instead, they’ll find alternate ways to get in the same room with prominent people. Likewise, if a potential “season subscriber” doesn’t see value in the full slate, they’ll cherry-pick what they really want to see instead. Culturally, it’s more impressive these days to take someone out to a chef’s tasting than to score box seats at the ballet.

We’re getting granular about how we spend our entertainment budget—and let’s be clear, Americans view “culture” as a subset of entertainment. If you spend enough time in the hallways of public television and radio stations, you can buy into the groupthink that people make decisions based on wanting “cultural experiences.” If we voted that way with our wallets and with our attention, Philadelphia would still have a commercial classical music station on the airwaves.

Instead of thinking about their “legacy” as an opportunity to sit on a board or to get their name on a building, today’s “trust fund babies” prefer to get hands-on. They’re launching startups, opening restaurants, and producing their own cultural legacies. Two or three generations ago, people like Megan Ellison would probably just have ended up on a family foundation board, rubber-stamping checks to pay for ballet recitals. Instead, she’s using her share of the family fortune to take risks and produce feature films (in the moments when she’s not throwing shade at Old Hollywood).

What’s that mean for arts organizations that rely on steady streams of huge checks?

The writing’s on the wall, usually in two-foot-high letters that spell out a prominent patron’s name. For many artists and arts organizations, foundation-backed patronage has been replaced by mostly corporate support—often from the same budget as branding and marketing campaigns designed to get logos in front of large audiences.

By necessity, corporate backers follow the data, leading American arts organizations down a path that requires more populist programming. One of my favorite books on nonprofit management called attention to this trend years ago, especially in relation to faith-based organizations: the service or program that delivers a retail-style frenzy from ticket buyers can fiscally support the more daring and challenging work your organization wants to accomplish over the course of each budget cycle. The tickets you sell for the shows people want to see will subsidize the empty seats for less popular (but possibly more “important”) productions.

For independent musicians, actors, and artists, the future doesn’t have to be that bleak.

However, this requires the kind of shift in thinking about your career that I’ve been writing about since 2000. The artists that survive this latest funding shockwave will be the professionals who have cultivated intense relationships with audiences who have the financial capabilities and the driving desire to see them succeed.

Major donors express the same frustration as more frugal donors: they want as much of their donations as possible to go to programming instead of overhead. (This is why, when I worked at WXPN, we would agonize over something as trivial as buying a ream of copy paper—this is someone’s donation we’re using!) I think this is one reason why we’re seeing more people sign on to Kickstarter and IndieGoGo campaigns for independent musicians, filmmakers, and artists: they’re positioned as lean and mean, ready to execute without the perceived overhead of a traditional “arts organization.”

This is about no longer waiting for someone wealthy to cut you a lottery check, just for being an amazing artist. Arts organizations are going to have to figure out what you already know: survival means adopting the tools and strategies to deliver amazing experiences to your perfect audience in such a way that they’re eager to pay you for the privilege.